Spencer House is close to the sea and a bus stop, railway station, shops, Post Office, GP and Social Centre are all just 250 yards away. Trains depart to Victoria and Charing Cross every 30 minutes.

Go through the village of Birchington, turn right to the station, go over the bridge, take second turning on the right to Beech Avenue and at the end of the Junction turn right to Spencer Road and within 800 yards you will find Spencer House.

Birchington-on-Sea is a village in north-east Kent, England, with a population of around 9,800. It is part of the Thanet district and forms the civil parish of Birchington. It lies on the coast facing the North Sea, east of the Thames Estuary, between the seaside resorts of Herne Bay and Margate. As a seaside resort, the village is a notable tourist and retirement destination. The village's Minnis Bay is a family beach with attractions such as sailing, windsurfing, a paddling pool and coastal walking routes. Its three smaller beaches are surrounded by chalk cliffs, cliff stacks and caves.
The village was first recorded in 1240. Its parish church, All Saints', dates to the 13th century and its churchyard is the burial place of the 19th-century Pre-Raphaelite artist, Dante Gabriel Rossetti. Quex Park, a local 19th-century manor house, is home to the Powell Cotton Museum and a twelve-bell tower built for change ringing. The museum contains a large collection of stuffed exotic animals collected by Major Powell-Cotton on his travels in Africa, and also houses artifacts unearthed in and around Birchington by his daughter, Antoinette Powell-Cotton, a keen archeologist. 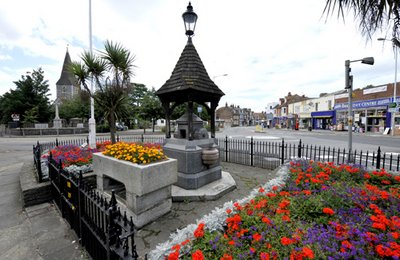 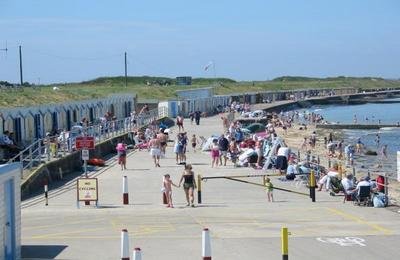 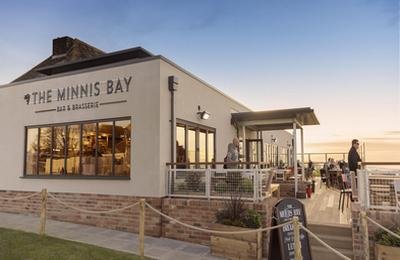